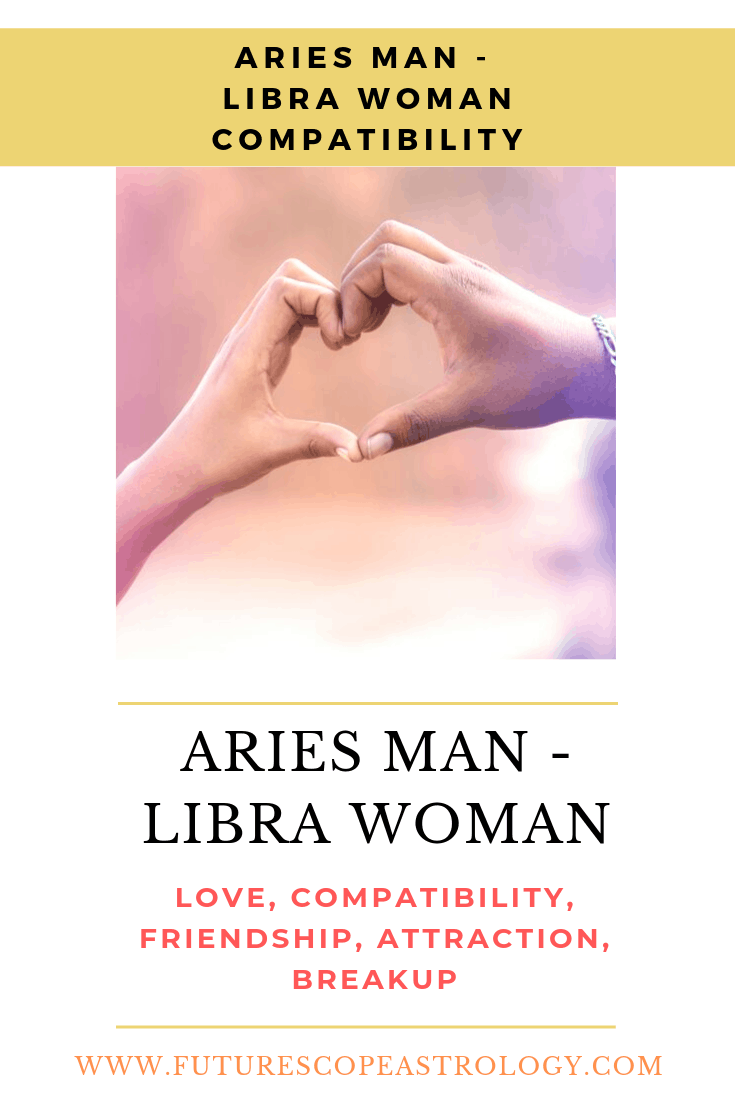 Aries and Libra are opposite signs, which can be good, at least, at the beginning of the relationship because of the attraction of opposites.

However, as time passes the novelty wears off, and there may be too many differences for the relationship to work in the long term , unless there is a very strong foundation of love and goodwill on the part of both signs to adapt their relationship. strong personality to that of your partner.

Regarding relationships, both signs are very sociable, although they relate to other people in quite a different way. Aries is direct and upfront, while Libra prefers to analyze conversations and tends to measure their words a bit and tailor speech based on the audience.

Despite her impulsiveness, Aries is much more patient than the Libra woman, although the latter manages to understand the responses of her partners and they come to give little importance to the silly comments.

If the relationship is sincere, both of you will develop a non-confrontational environment. She can be sweet and secure, supporting her partner. With the balance of Libra, the chaotic Arian energy is ordered, directing itself in a harmonious way so that it can evolve satisfactorily.

The compatibility in terms of intimate relationship is high, since the emotional and sexual understanding of both signs is strong. There are real possibilities of love (or desire) at first sight, which does not necessarily imply long-term happiness, but it does herald a happy love affair.

If a Libra-Aries combination manages to get through the difficult beginnings of your relationship, then your compatibility may improve.

If Aries becomes less impatient, he will discover elements in his Libra partner’s personality that will fascinate and attract him, and Libra will come to see his Aries partner’s impulsive responses as unimportant, instead of feeling threatened by them.

At work, they make an excellent team. Aries brings ideas and Libra patience so that projects come to fruition. With these qualities, they can develop a safe economy based on the negotiation and mediation skills that they both possess and master.

The Aries man is always going to be the center of attention and he will try to make sure to guide the conversations. As colleagues, this pair of signs is appreciated attract like magnets, but can also repel instantly.

Both are great initiators of projects and have creative and interesting ideas, but, while Aries is imposing as an air of dictator, Libra prefers to resort to persuasion and exercise diplomacy as a way to make others fulfill their objectives without being given. account.

They are spectacular competitors, and this can be of great benefit to both of you as long as one detail does not get in the way: the Aries ego. He sets out to win, and Libra’s tendency to prosecute makes it very likely that a working relationship between this couple will end in conflict if not handled carefully.

As a couple working together, you may both end up giving in thanks to your love for each other, but if you are friends, the confrontation is going to be quite open. Aries is violent in their expression when things don’t go according to plan and Libra makes the whole room go silent when angry, but the bad mood wears off soon.

That is the good part of this combination, that the annoyances last very little between them because they recognize that they work better when they are in a good mood, so that they ease their tensions quickly, even more when they are a couple.

In fact, if they know each other in depth, this happens faster as they admire and learn a lot from each other. Aries masters his rock manners and Libra gives more room for action to his intuition, instead of turning over each matter a thousand times.

All of the above happens, because fire and air feed and reinforce each other.

Aries is very determined and often bossy , with a tendency to jump to a conclusion, even if this involves making a strange error in judgment. Libra, for his part, is quite stubborn, but takes his time to make a decision , trying to see things from different perspectives.

This often exasperates Aries, who may take their indecision as a personal offense rather than understanding their real motive.

Libra will also need to feel that Aries is sympathetic to their broad perspective. This contrast in styles can create some complications.

Aries is determined and at times authoritarian, with a tendency to make decisions quickly, even if it means that something is wrong. Libra, on the other hand, is stubborn and indecisive in making decisions, as they try to see things from different points of view.

This difference can be irritating to Aries, who interprets this indecision as a personal injury rather than trying to understand what the real reason for the matter is. This is a personality contrast that is very difficult to correct, but not impossible.

Her sign is symbolized by the scale, which is why she always tries to achieve balance, although with her airy personality, she finds it difficult to hold onto her thoughts, becoming a person with serious lack of focus on certain occasions.

Scattered and indecisive, she easily annoys the Aries character, who makes quick decisions and possesses concrete thinking. This contrast can create short-term problems that are difficult to solve when you are not both willing to do so.