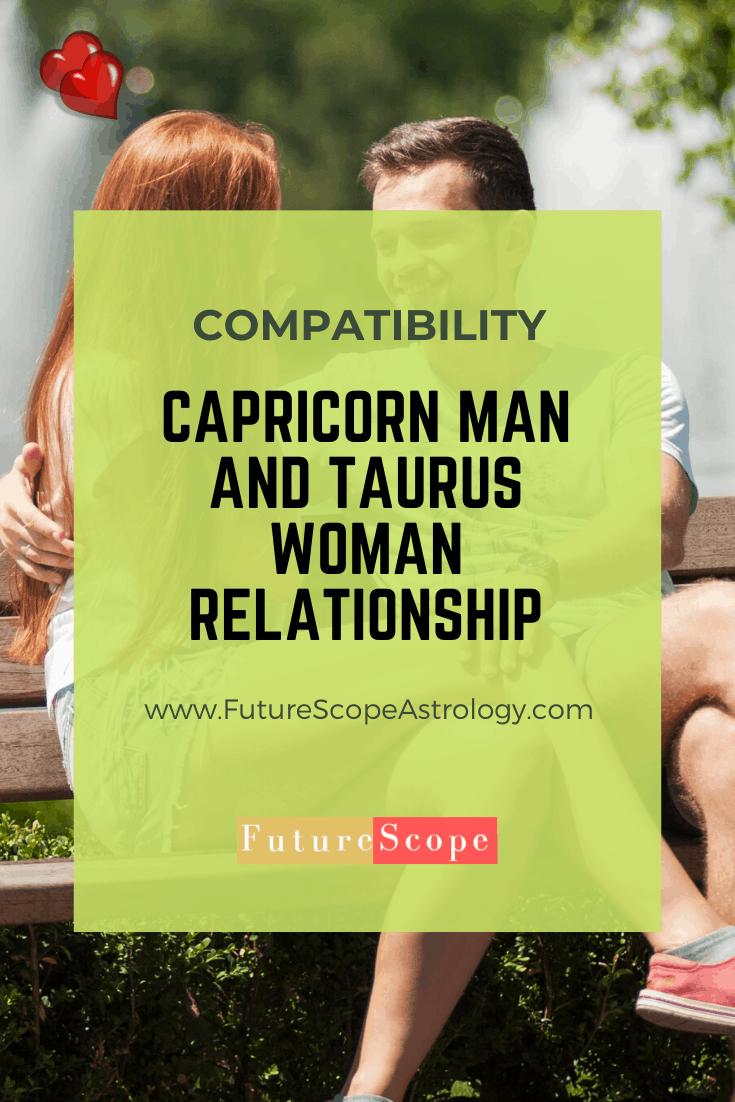 The compatibility between Capricorn and Taurus is very high. This is because they have a lot in common and can expect to be very happy together.

The practicality of Capricorn gets along well with the down-to-earth attitude of Taurus. The initial connection of Taurus and Capricorn will be good. Taurus will find many similarities with Capricorn.

Of all the signs that make up the zodiac, the combination between a Capricorn man and a Taurus woman is one of the most perfect that can be established, both for relationships as well as for work or friendship.

They share the same traits in relationship and how to approach life. Being both earth signs they are harmonious with each other. This will keep them together and stable.

On the level of intimacy , they will have to work hard, since Capricorn can be a bit serious and withdrawn, while Taurus has very marked sexual needs.

However, because they trust each other so much, it shouldn’t be a problem and Capricorn will eventually be able to enter a new phase of sexual pleasure.

Both signs are quite traditional and can depend on the other for practical things. Capricorn will make Taurus feel secure, because he is ambitious and places great importance on achievement in the real world.

The two also tend to support their partner and it is very likely that both will join forces in a common project, in which case the chances of success are very high.

Capricorn and Taurus are two of the most compatible signs in the entire zodiac, so their success is almost guaranteed.

The only thing they should consider to perfect their relationship is that they only need to enhance the characteristics that unite them to use them in their favor, and thus enjoy their happiness.

In general, this is a very compatible relationship and especially, in the case of Capricorns born between January 2 and 10, who because they are ruled by Venus (the ruling star of Taurus) show their feelings more.

The most compatible Taurus are those born between May 11 and 21.