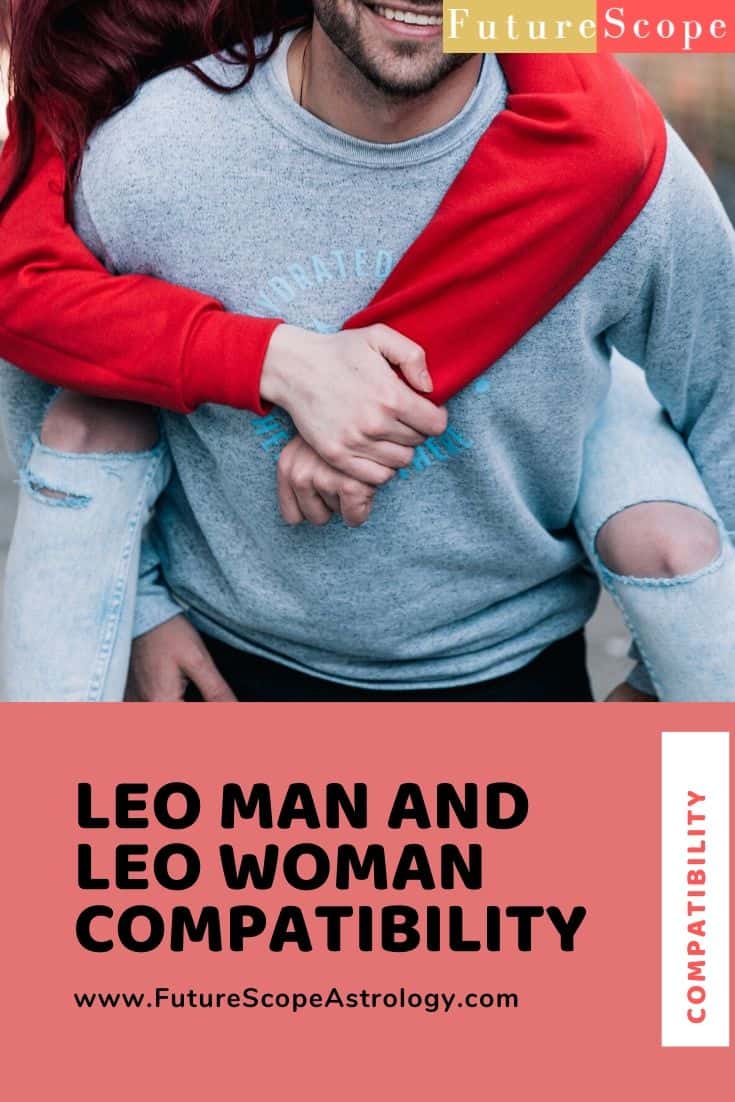 The flames of love and passion of a Leo Couple make the whole jungle trembles delight. Leo, the Lion is the monarch of the Zodiac and the royal combination is enthusiastically watched by others as it is displayed for all to see. Its degree of compatibility is very high.

The attraction is instantaneous and the idyll is hot . The Sun is the ruler of Leo, so the central star of our solar system, which governs the heart, shines magnificently with its master .

Intrepid, adventurous and colorful, Leo is a natural match for another Leo, although a certain compromise is necessary, since it is difficult for a Leo to have to share the spotlight or sit on the throne at the same time.

Those who belong to the Leo sign are passionate, with hearts that are full of generosity, warmth and a positivity that they are able to transmit to everyone they know.

It is quite rare to surprise a Leo with a frown, and it is almost impossible to find him if that Leo is sharing his life with another Leo.

Housekeeping is not a field in which a Leo Woman would like to shine. Mops and dusty rags do not combine with tiaras and the brilliance of coronation.

Do not forget that in Leo lies the very essence of regality. Endless washing and cooking also do not harmonize with the astrological rule that all Lions and Lionesses are born free. Feeling instinctively, most Leo Women (more than two-thirds) choose a career for themselves.

And since we are talking about statistics, I will add that in the review of the membership of female feminist groups, the number of Leo Women is at the top of the list (with Aries slightly behind).

All this is beautiful, and I have nothing against the Leo Girls, who decided to compete with all these predators of the commercial jungle. Why should I throw a stone at them when I make a career and actively resent legalized domestic slavery?

Who wants to stand and watch all day how does alfalfa grow in cans on a kitchen window? After all, what obstacle, what challenge can a smart Leo girl find here?

No, I do not mind or criticize, I only allow myself a friendly astrological warning. A career is a great choice, unless the Leo girl falls in love with a man of the same sign. Then some difficulties may arise.

Physical relation is also a kind of visceral need for both of them and luckily they both like the same things, so even if the love life isn’t particularly imaginative, it will at least be hot and satisfying.

Smooth out any superficial personality conflicts, since at a deeper level, the two will coincide very well. Competitive aspects can arise between the two in sports or other physical activities, since both hate to lose, so it is convenient that they reach some agreement in tennis.

Tensions can also be calmed at social gatherings, so that both can shine. The parties of the Leo will give to speak in the city.

The intimacy between the lions is a blessing for both of them. The compatibility between the Leo man and the woman manifests itself in sex because they can both satisfy their shared desires, their innate sexual urges, and their need for romance.

The Leo man and the Leo woman are beings who love to have friends, they are nourished by the admiration and attention that their friendships give them. They don’t have friends just to satisfy their ego, no.

The lions correspond to their friends by being dedicated in friendship, being jovial and compassionate, and having a good sense of humor. For lions, their friends are essential and, due to their adorable personality, they have many around them.

The lion heart will manifest itself in times of adversity, especially if they affect loved ones. For those born under the Leo sign, giving up and backing down are not options.

The relationship between two Leo people will have fun and excitement twice, the good times will happen in great numbers.

Men and women of the Leo sign perform well in their work, they like to work hard. They are also ambitious, but this ambition is motivated by their desire to achieve a high position with which they will earn respect and admiration.

Leo can have disagreements at work in competitive situations, or when they want to position themselves as leaders. But in general, these are not problems that escalate or affect the efficiency of both.

At work, Leo are trustworthy workers, diligent to do what is asked of them, smart to lead and manage others. But when they work as a team there can be distractions if they don’t both temper their brash character.

Lions are so warm and have so much love to offer that they will always give their partner reasons to smile. It is true that mirror relationships face difficulties, lions are not safe from it, but they have some advantages that most do not have.

They are happy joining another being similar to them, their optimism and enthusiasm multiplies.

Something to remember: Leo is a Fixed Sign, so ego conflicts between the two Lions can be stormy . The best solution (without living in separate caves) is to clearly delineate each other’s territory, so that responsibilities and benefits are shared equally. Two Fire Signs can really light up the sky.

Socializing frequently will not be a problem in this relationship, since Leo men and women have the same need to be among people.

The danger for the Leo couple is falling into laziness and selfishness; if this happens, the relationship will be thrown into chaos. Another trait that can ruin the couple is the obstinacy of both.

The positive is that lions have good communication skills, they know how to express their wishes and needs clearly, so they have an advantage when it comes to solving their differences.

The person belonging to Leo sees life as a stage. One of the few things that could go wrong when paired with a lioness is that she lacks the will to share that scenario.

The men and women of the Leo sign feed on the energy that gives them the attention they receive and the admiration they arouse. It can be difficult to achieve a balance in the couple when both have the same ambition.

Another challenge that the Leo man and woman face is competition for leadership, as both are inclined to take the leading position in any situation.

Although there may be obstacles in the relationship when some of its similar characteristics collide, general compatibility prevails and makes the Leo couple have a very high success rate. The stars are in favor of the cats, with their great internal fire, matching.

Among the Leo’s not-so-positive traits are selfish behavior and the airs of importance they demonstrate. If the lion feels adored, he is happy, but there is a danger that his selfish behavior will manifest itself causing that state to become unhealthy and negatively impact all his relationships.

Jealousy, born out of the Leo’s penchant for possessiveness, can also affect the lion couple’s relationship. Although they see themselves as kings, those born under the Leo sign make a genuine effort to be fair.

For this reason, when they are subject to imposed and unilateral limits, derived from the desire to protect, the mirror relationship is broken and is rapidly heading towards its end.

Other elements of discord in the pair of lions are the stubbornness that distinguishes them and the competition for leadership.

These and other compatibility problems, the Leo couple must address through communication, reaching agreements that ensure balance in the relationship, so that no one feels above the other.

If a Leo man enters into a love relationship with a Leo woman, he should feel nothing but exhilaration, as it will probably be the most satisfying relationship he has ever had.

You must prepare to give everything you have to another lion who will demand as much as he will give. The relationship is very likely to last if both cats maintain their dedication to care, loyalty and love.

A long-term relationship between two Leo’s will depend on the two being able to share power and remember to flatter their partner as much as they would like for themselves.

Together they make a great team, but if one of them cannot get enough cooperation or one of them is bothered by the other’s attempts to govern, there will be problems.

They need a group of subordinate admirers around them, to provide them with an environment of mutual splendor.

This relationship will be exciting and potentially lasting , especially if they can find external interests in common, since the two can be very stubborn and determined to follow their own path. If they understand each other’s strengths and weaknesses (which are the same as yours), nothing can stop them.