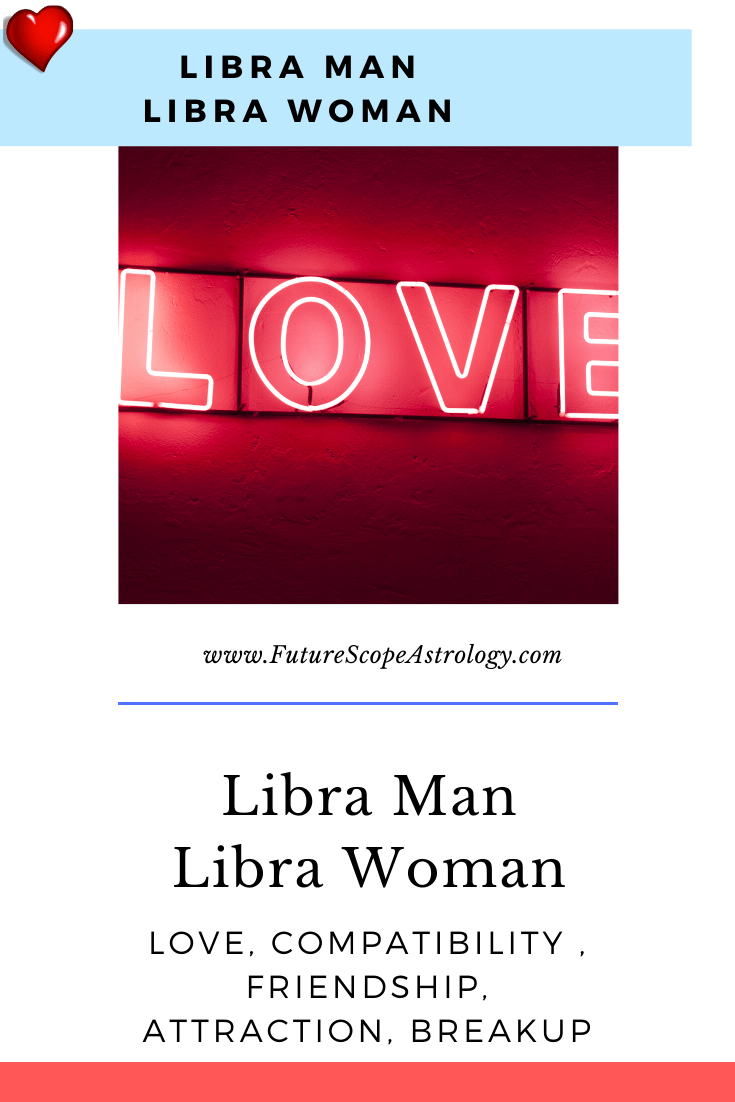 When the stylish Libra meets another Libra, the attraction is immediate . Taste attracts taste. The favorable magic of this Air – Air union has its challenges, but once resolved, the two of you will enjoy a supportive partner and lifelong romance.

The union between a Libra man and a woman might give the impression that it is idyllic, but in reality it is not all fun between the twins of the scale sign.

Libra is a sign that is characterized by its inclination to associate with other people, and to cooperate. It is a trait that undoubtedly increases the chances of success and satisfaction in a relationship between a Libra man and a Libra woman.

Among the challenges facing a relationship between two people of the Libra sign are those related to their weakness in communicating their emotions and their difficulty in making decisions.

If these two traits take center stage, the pairing between Libras will suffer and the relationship will not grow.

It is the risk when two people of the same sign come together, what they have in common can turn against the stability of the relationship, so much so that the problems can be unmanageable.

Libra men and women who hope to find love in a Libra person should be moderate in their expectations. A similar sign does not guarantee happiness or that they will always agree on everything or think in the same way.

Each person is unique, the important thing is to find in each one the compatibility opportunities that exist to make the relationship work.

Sweetness and romanticism predominate in the intimate relationships between the Libra man and the Libra woman.

Libra women and men want to find true love and make a commitment. They are not interested in having relationships without a future, they prefer to wait until they find their soul mate.

The negative side of this thought is that due to their desire to have a love, the Libra person can establish a relationship with someone quite incompatible.

However, between two Libras the chances of this happening decrease. Two people of the sign of the scale can resolve their differences if they achieve assertive communication, if they manage to overcome the fear of conflict and confrontation.

Libra people can become clingy, which could become a problem if either of you is less clingy and needs more space.

Although Libra is a Cardinal Sign and likes to take charge of things, it is easier for him, than for any other sign, to seek balance , which will leave enough space for both of you.

Given that Libra will find the measure of cooperation and understanding that its own sign seeks, it is a perfect union.

Romance is in the air when two Libras find their acrobatic poise. Bedroom themes will be exciting and even a little quirky. Libra will be strengthened just by thinking of your loved one, and you can both stimulate and refresh each other with considerate attention.

A Libra , who has always wanted a partner with grace, good taste and who loves to talk and weigh things as much as he does, should look for another Libra.

Men and women of the Libra sign are sociable by nature, they love to make friends, and they are not demanding with friends, they avoid giving moral lessons to their friends. They have a natural charm that helps them to always be surrounded by people, to never lack company.

It is true that Libras like to cooperate and help others, but they also want to make their own way, shine for themselves, without other people being an obstacle. They want to be unique and not settle.

Libra men and women get along superbly when they work together. A problem hardly ever arises between them and they work efficiently. Both show a willingness to cooperate, are appreciated by their peers, and when they occupy leadership positions they are understanding and fair.

Your indecision can sometimes be a problem, but one that is quickly resolved by your determination to meet job goals. They also act without hesitation when they observe an injustice.

The union between a Libra man and a woman can be wonderful. Their common characteristics and their penchant for romanticism suggest that problems should not arise in the relationship.

The commonalities of the Libra man and woman, supported by good communication, increase the chances of success of this pairing.

For this reason, both the Libra man and Libra woman should not miss the opportunity to mate. It may be that in a person of the same sign they find the soul mate they long for.

This trend could be a source of trouble when the Libra man hangs out with a Libra woman. Either partner may be frustrated by the need to highlight what the other has. It is a situation that especially affects the Libra woman.

It does not take well for her partner to break the balance that according to her should exist in the relationship, for example, in time and attention, to shine on her own.

Problems are not lacking in a pairing between Libra man and Libra woman. Either of the two, even both, can become obsessed with balance in all aspects of the relationship, producing conflicts if they analyze every detail and are not satisfied.

Libras do not like confrontation, so it should come as no surprise that when they talk to their partner about a problem for the first time, it is to communicate that they have reached the point of wanting to break the relationship.

The characteristic resentment of this sign is also a problem in the Libra couple. This feeling can lead Libras to have aggressive or passive behaviors that do not help the relationship.

For the Libra couple to function, there has to be good communication. Each part must express what it feels and not fall into denial and evasion.

The relationship between the Libra man and the Libra woman can turn out to be beautiful and have a promising future, but whether this happens will depend on how the couple communicates.

The compatibility between two Libras is phenomenal , you just need to make sure you know the dark side of your partner.

Also, while both of you are busy chatting and creating world peace it is important to make sure that either of you remembers to pay the bills and fill the fridge.