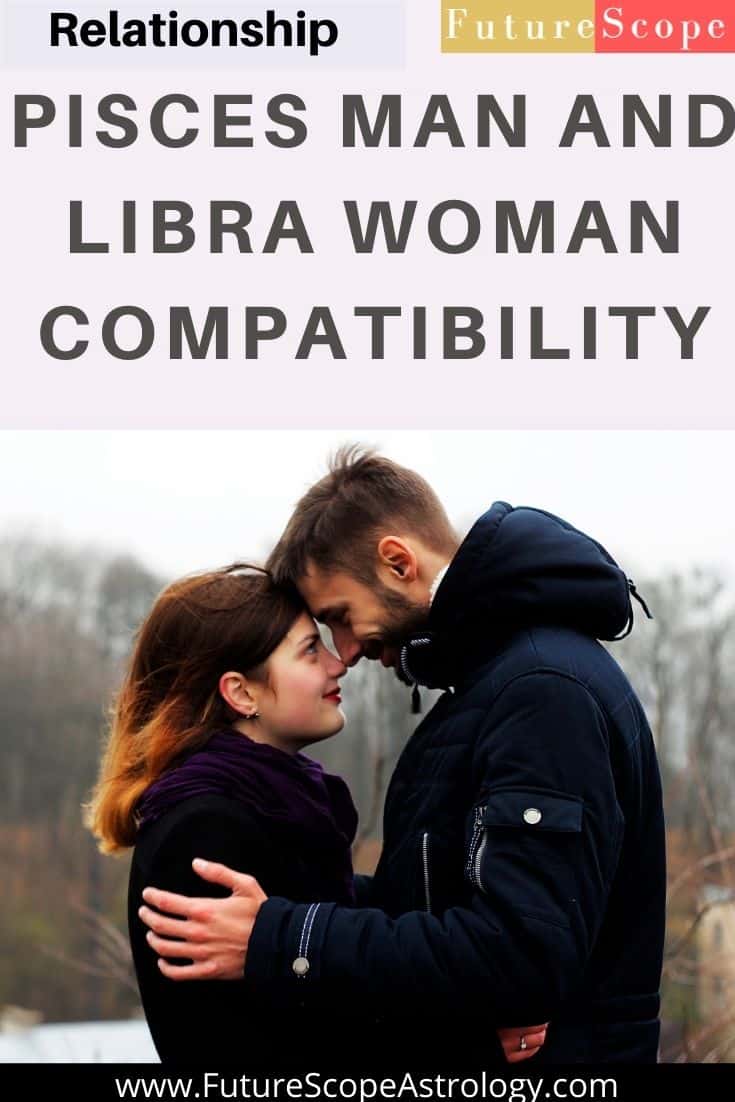 Libra and Pisces are an unusual combination, but the attraction between the two can be intense .

Air and water don’t mix easily, so Libra will have to be attentive to Pisces’ needs, even if they don’t always understand what they are. It is by no means an easy combination, but when it works, it has a special quality.

The Libra woman may be attracted to the Pisces man at first glance, but would this love last long?

The Pisces man seems perfect. He is guided by emotions, is romantic and disinterested. If he truly falls in love, his passion will transcend his natural shyness and gentleness to win the woman he wants.

These characteristics coincide with what the Libra woman wants from a partner. She longs to have by her side a selfless, generous person who believes in equality and balance in relationships, and who is not conflictive.

The compatibility between both signs is clear, it is difficult to find incompatibilities that would produce conflicts.

If the Pisces man and the Libra woman meet, they must understand and make the most of their compatibility so that the relationship is happy and long-lasting.

If he has a Libra woman by his side, the Pisces man will be safe from his own overconfidence because she will function as an alert and provide stability.

The Piscean has an empathetic character, is aware of the needs of his partner and strives to make her happy, especially after those needs have been expressed. The detail is that because he lost himself in dreams, he did not always focus or remember what was expected of him.

In intimate relationships, the Pisces-born man brings romance and passion. Avoid relationships that do not see a future, those that are only driven by lust, as it is usually guided by deep feelings.

The Piscean needs that sexual relations are not only satisfactory, but also that during sex the emotional connection between him and his partner is fully expressed. He will put all his passion in sex and will do his best to please the Libra woman.

The Libra woman enjoys intimacy, but has a different approach than the Pisces man. The Libra born prefers fun and spontaneity, she could get bored of the careful and planned romanticism of the Pisces man.

Even with this difference, the Libra woman and the Pisces man can get along well in intimacy if they know how to communicate and understand each other’s needs.

The Piscean has the advantage of being adaptable, and the Libra woman will be attentive to remind you what to focus on.

The union between the Pisces man and the Libra woman has a high chance of functioning without serious problems down the road.

Of course, both should make an effort to speak and communicate so that what does not satisfy them is well known and attended by the other.

The Libra woman is outgoing by nature, makes friends easily, and has no trouble keeping them. Because of her diplomatic and mediator skills, her friends turn to her when there is a need to resolve a conflict.

The Pisces man is an introvert, but his charm attracts all kinds of people, good and not so good.

His desire is to keep those around him happy, so his less introverted side will always have the upper hand over his shyness when it comes to friendship.

The downside is that this desire makes you overconfident and vulnerable to manipulation by others.

Individually or working together, the Pisces man and the Libra woman are workers that every company wants to have. Both signs like to cooperate, they are not overly ambitious, so they will not trample on their peers to reach a position of leadership or supervision.

The Piscean does better as part of a work team rather than assuming the role of the leader or boss, as he is too friendly, trusting and vulnerable to being manipulated. But he is an efficient worker whether he works alone or in a group.

The Libra woman performs to the best of her abilities when working as a team. She is a fair and balanced leader who will guide her team on the right track. Working together, the Piscean and the Libra woman hit it off and form an efficient team.

Libra and Pisces don’t mix easily, but this bond can be something special if you get to understand each other. However, Pisces is known for choosing the wrong partner. If the thing doesn’t work, the attraction between the two of you could slowly fade.

It sometimes happen that the dissatisfaction of the Libra woman in her relationship with the Piscean will lead to an irretrievable gap opening between them that leads to the breakup.

Even if they are not happy, they can stay together just because of the need to be.

The Pisces man and Libra woman have the potential to be a captivating and envious couple. This pairing is a sure bet for success.

The difficulties that arise can be resolved promptly if both transcend passivity, lack of communication and the tendency to avoid conflicts characteristic of the two signs. Pisces man and Libra woman can have a stormy-free, happy, and enduring relationship.

For a Pisces-Libra love relationship to work, the two of you will have to work very hard to understand each other. Libra will have to get more in touch with their emotions and Pisces will have to respect Libra’s logical point of view on life.