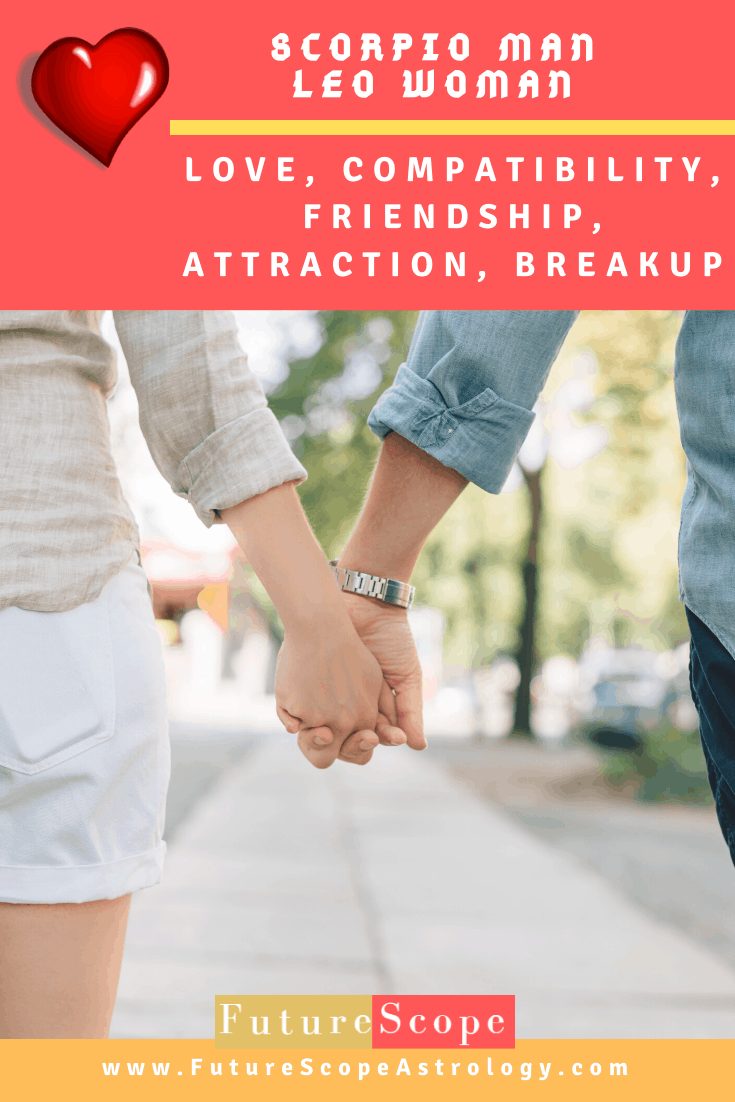 Scorpio men and Leo women do not achieve a fluid relationship due to their dominant personalities, which collide in different ways. They have a relationship where it is very easy for both of them to get emotionally hurt and the Leo woman’s stubbornness makes their fights really bitter.

That same stubbornness drives them to continue their relationship and find ways to make it work, rather than just giving up and moving on like others would.

The Scorpio man and Leo woman have many shared principles and values ​​and, additionally, they possess an unmatched sex drive. With effective communication and a little knowledge about a partner’s astrological traits, many of the relationship challenges can be addressed and avoided.

It is also important that they consider that each individual and each relationship is different, so it is important to have all the knowledge about the other to succeed in the relationship.

Scorpio men and Leo women are charming and have no difficulty attracting curious lovers to meet them intimately.

Intimacy is not an option but it is a mandatory requirement that must be met in the relationship. This couple shares a strong sexual nature that usually involves an emotional connection and not just a fun approach.

Scorpio’s romantic and charming nature is all it really takes to please the Leo woman. For she often falls under his charms at the first sign of honest and meaningful attention.

There’s one area where compatibility is at an all-time high, it’s passionate sexual intimacy, because for them, sex can solve just about anything. Although the Scorpio man and Leo woman can have their difficult times, in the end they are quick to forgive each other and go back to business as usual.

Although both of them enjoy a lot in bed, to have a loving relationship they need more than their sexual affinity. Because Scorpio craves privacy, security, and comfort, while Leo craves attention and flattery. And while Scorpio prefers dark corners, Leo loves bright lights.

So if they share an agenda, they can be a power couple, but if they attack each other, it could be an endless war.

As for their intimate relationship, the combination of Fire and Water generates enough steam to power a turbine. Leo’s enthusiasm and passion have to be returned in equal measure, but Scorpio’s sexuality is deep , grabbing, and intense, so there will be no problem.

Leo loves to shine, so intimacy will be a proud display ; Besides, he loves to collect trophies. Scorpios seek transformation through intimate experience and rarely take the search lightly.

Ruled by Mars, the God of primitive acts, and Pluto, the Lord of the Underworld, Scorpio mixes primal passion with a deep need to unravel the mysteries of life and death, especially physical ones.

Trust is a fundamental bastion and where Scorpio and Leo shine, whether in friendly relationships or in love relationships. If the Scorpio man is wary of any kind of secrecy, then the honesty and openness of the Leo woman will prevent complications from developing between them.

The good news is that Leo women have nothing to hide and are outspoken about their need for lots of friends. The morals and loyalty of the Leo woman are highly desired and treasured by her Scorpio friends or lovers.

For the Leo woman it is very easy to make friends, while for the Scorpio man it is a bit more difficult, since he is much more selective in doing so. Scorpio men’s self-awareness prevents them from jumping into a new relationship without careful thought.

Working together, for Scorpios and Leo, can be quite a challenge, since they both want positions of authority and the respect that these include. Both can be easily absorbed into a routine of superiority, which can interfere with the smooth running of the workplace.

Left to their own devices, Scorpio men are generally quite helpful, with a relaxed but inspiring leadership method. Scorpio men tend to stay in the workplace and focus on the task at hand, as well as solving any problems that may arise.

When Leo women are in charge, it’s not enough that the job is completed correctly and on time. In order to shine, push them to go further and offer some reward or recognition that is worth striving for.

Interpersonal conflicts between them are rare, unless they are related to leadership, because one believes that he can do something much better than the other.

The pairing between the Scorpio man and the Leo woman will have good results, as long as they understand that there will be challenges to overcome. Therefore, they must not forget that they have enough confidence and patience to overcome them.

Both Leo and Scorpio are Fixed Signs , closely linked to courage, determination and endurance, but not to subtlety.

The confrontation of two strong egos , although totally different, can cause major conflicts when Leo tries to command Scorpio or intrude on their private spaces. These collisions can be resolved with bursts of passion , at least in the early stages, while the turbines are running and at full throttle.

Most Leos have a positive attitude towards love and intimacy , but many suffer from terrible anxiety attacks in a relationship.

Anxiety can become so intense in some cases as to generate frigidity or impotence. In a relationship, Leo likes to be the center, the point around which everything revolves. The point is whether Scorpio can handle it.

Leo can be jealous , usually out of pride, while Scorpio’s temperamental jealousy stems from his deep need to control . The Lion is not a softie and will soon show its formidable claws if frustrated.

Leo will soon tire of any moody jealousy and possessiveness . And Scorpio will tire of the game and will no longer be so willing to flatter Leo’s ego or accept the beast’s endless desire to dominate. Can Scorpio handle Leo’s constant flamboyance and shameless social escalation?

If a Scorpio falls in love with a Leo , it would be wise to ask for a complete comparison of their astrological charts to see if there are other less explosive factors.

Well-placed moons could allow both of you to live and work together, if not in harmony, at least with a sense of destiny and achievement (and good sex).

If the steam turbine can be harnessed, entire communities could be powered. If not, it is better to cover the wounds and take another direction.

A relationship between Scorpio and Leo could work if both are clear about their feelings and intentions from the first moment, establish some rules of the game and know that their partner can be really faithful.