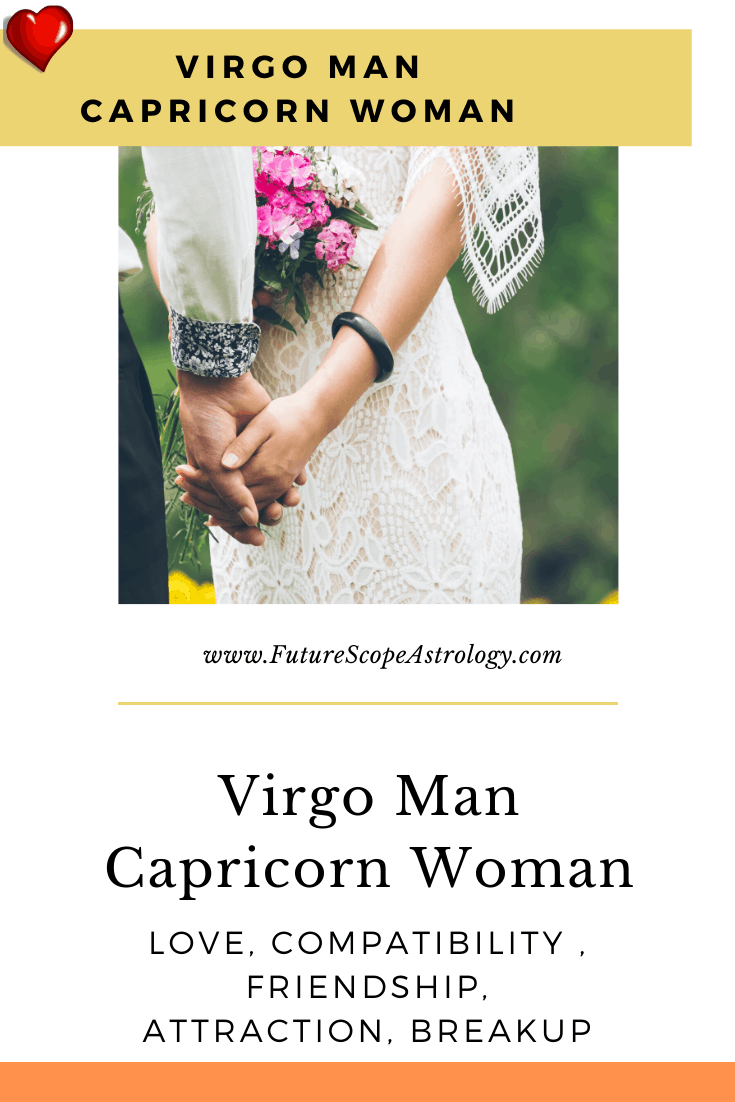 Capricorn’s compatibility with Virgo is very high thanks to a combination of similar elements, which gives a good foundation for their relationship. Virgo will have an immediate rapport with Capricorn. For some reason, Capricorn seems less serious to Virgo than to other zodiac signs.

Capricorn women prefer to face the truth. Therefore, there is one advice for Capricorn Woman – Do not expect that you will be able to adjust the Virgo man to fit your ideas of an ideal man. Of course, you know how to be cruel and persistent, but remember, he is not made of Plasticine.

These signs tend to be excessively compatible due to the fact that they have many things in common, one of the things that characterizes them the most is that both are excessively perfectionists, so they will not have problems when it comes to focusing on what they want to achieve in life.

It is worth noting that when these signs come together in the loving plane, they achieve a connection that is rarely extinguished, proving to be a very stable couple.

The union of these two signs of the zodiac turns out to be one of the most stable, although adventure is not their forte, in the most critical moments they manage to get the best out of each one of them.

This undoubtedly translates into guaranteed stability, which will be the essential ingredient to achieve the success for which both of you work so hard.

The best thing is that the union between Virgo and Capricorn will never have to worry about the lack of loyalty or trust, this is mainly due to the intelligence that these signs have and the security they reflect when being together, which leads them to be successful in all the projects that are proposed.

Both the Virgo man and the Capricorn woman automatically understand that achieving success is not easy, but that together they manage to devise the best plans to achieve what they want and desire.

In the love sphere, these two signs like to take everything easy, which results in a stable, deep and confident relationship. This is very convenient for the Virgo man and the Capricorn woman, since one of the things that connects and fulfills them the most is being able to establish lasting romantic relationships.

As an additional curiosity we can say that neither Virgo nor Capricorn are characterized by being very romantic in appearance, although they fully enjoy sincere relationships where each is the support point of the other.

For these signs, sex is not only a physical activity, it is a space where the mind and experience play a determining role. It goes without saying that the sexual chemistry between a Capricorn woman and a Virgo man is something from another world.

When they put their bodies together they make it one of the most fiery and incomparable experiences that can be had.

In the sexual sphere, these signs will focus on the act being more of quality than quantity, this is because both the Virgo man and the Capricorn woman instinctively know what they need to achieve full pleasure. .

Be that as it may, the relationship of this couple will be based on mutual feeling. Due to the fact that they are built on the harmony of the union of 5-9, love will be strong and durable. Although Virgo intolerance and Capricorn’s obstinacy often lead to divisions.

They probably won’t argue about the money (unless one of them has the Moon or the Ascendant in the Fire or Air sign). Let’s face it: both Virgo and Capricorn put money high.

This is partly not bad. He will not mind that she worked, will not interfere with her career. Double profit. Double savings. Double attachments. Double interest. Twice less time to buy a house in the country, where both most often prefer to live.

True, the craving for nature can manifest itself only with age. At first, she will be too busy with affirmation in society, work. And he is obsessed with searching for himself: a quick mind and critical talent are pushing him to try a little of that, a little of that.

It will be easier for them to understand each other at night than during the day, even with a hostile arrangement of the stars in their horoscopes.

And if the stars favor them, their passion is likened to a mighty river, deep and outwardly calm, but with powerful undercurrents and whirlpools.

Like all unions of the signs of the Earth, their proximity grows stronger with time. It is permeated with languid sensuality, which imposes a stamp of silence on the lips of lovers. The bodies speak for them.

These two do not need to explain something to each other. From the first minute a spark of understanding runs between them.

Virgo and Capricorn generally have excellent physical relationships , since their needs and desires are similar. Capricorns will find that they are surprisingly loving and protective of their Virgo partner, who in turn will delight in the security and love that Capricorn offers.

Although everything seems perfect for these two signs, the similarity of tastes and things can cause serious problems. In a workspace this can be very positive or really catastrophic.

One of the most common problems these signs face is that Capricorn women are in constant search of people whom they can mold into their image and likeness. This is where the men of the sign of Virgo undoubtedly refuse, and will try to impose themselves.

The union of these signs can present communication problems, since both have a hard time expressing what they feel and think.

This can be avoided if both of you do your part to build an honest channel to tell each other.

They painfully experience separation and, although they hide despair behind alienation and silence, they heal wounds for a long time.

Their gap is most often not due to the death of love or the invasion of a third. Ego is always bred by wounded pride, a career (for example, when promotion of one leaves the other far behind ).

They do not know how to put up. Both are unstable and kick back. However, none of them will humiliate the other.

They should understand that the strands connecting them are much stronger than they themselves assume. And what they consider the finale is perhaps only a prelude. They can always patiently work things out.

The most compatible for this combination are Capricorns born between January 2 and 20 and Virgos born between September 3 and 22, although regardless of their birthday, both signs will benefit greatly from this relationship.