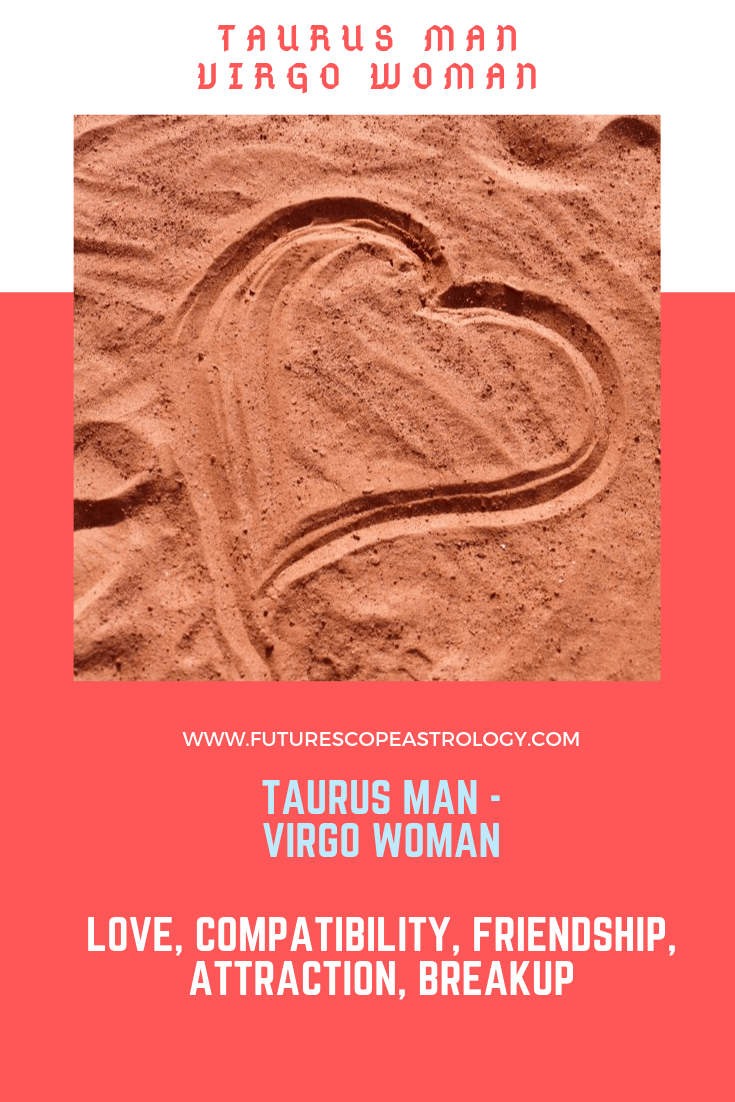 A combination with very high compatibility, in reality Taurus and Virgo have all possibilities , to have a happy and stable relationship for many years.

The relationship established between a Taurus man and a Virgo woman has the potential to last a lifetime, especially as friends. They have many similarities in terms of tastes and interests, in addition to being stable each in its own way, which produces a joint effect that provides security for both.

She is able to analyze it carefully without finding any too big flaws. The relationship between them, in any aspect of life can be extreme, or very hot or completely cold. There are issues in which they simply have nothing to do with and cannot reach an agreement, but they can respect the opposite position.

She loves perfection and in her eyes, Taurus is almost perfect. Taurus, for its part, has the ability to accept Virgo’s imperfections without major problems. It is usual for these two signs to become very good friends, since they have a very particular and efficient way of communicating.

Neither sign indulges in lust at first. They go slowly and cautiously, analyzing situations before showing their true selves.

Impulsiveness is not part of their characteristics, therefore they are quite cautious at the beginning of relationships. It is true that physical attraction can happen from the first moment, but they know how to control themselves.

The bull does not seek to compromise his being in a relationship that wears him out and does not offer him the future he hopes for.

For this reason, he will investigate the intentions of Virgo until he finds in her what he is looking for; when they are finally discovered, both lower their defenses and give themselves fully. Going at the same pace is a nice feature to cement this relationship.

She quickly understands that the bull does not want to judge her flaws, so she becomes much more docile and willing to show all her vulnerabilities in confidence.

It will be important that both of you learn to handle criticism, both the ones they emit and the ones they receive from their partners.

They must be willing to solve the situations that make the other uncomfortable and open to please in bed, since the sexual issue is fundamental for both. Sexual adventures, discovering and putting new things into practice in bed are frequent.

Virgo has a strong connection to Taurus in romantic matters, so there will definitely be a good physical connection between the two of you. Both of you will share a lot of sexual pleasure, something that can compensate for other weaknesses in the relationship, being enormously satisfying for both signs.

As friends they will have many topics to talk about, since Virgo is a refined and educated lady and with many talking points that Taurus will love to hear.

Virgins are wonderful hard-working and somewhat self-sacrificing ones, but they can turn into a nightmare when they share space with rigid people. Both signs lack flexibility, which is a situation that must be overcome if you want success to knock on your door at the work level.

She is a perfectionist, which can help boost the bull’s rise in the corporate career. Even the bull with a virgin at home, will tell you the details that occur in the office and she will know how to give you very wise advice to make it grow, improve and be more efficient. She has the ability to make him grow even not being his co-worker.

Virgo is orderly, methodical and likes everything on time. She has work schedules, fixed schedules, plans and fulfills the plans, characteristics that can simplify the work of Taurus.

The best working relationship between them will be when Virgo is their right hand or direct subordinate; As a personal assistant to a bull, you will keep an impeccable schedule for him.

In addition, they both have the ability to cooperate with the rest of the team, without pettiness of any kind.

They like fairness and will be fair in the division of tasks, she will never allow abusive behavior on the part of the bull, either with her or with the rest of the team, although both are demanding with the fulfillment of the goals.

The Taurus man will have to master his negative aspects if he wants to conquer a Virgo woman, because she is a retailer and in the face of any matter that she does not like, she will discard the bull as a sentimental candidate.

She is a perfectionist and wants all the best for herself, she has clarity in the things she deserves and gets them.

In general, they are two signs that make a very good couple. There are not too many shocks or disorders in the relationship.

They share ideals, tastes, lifestyles and many characteristics, which allows them to overlook some negative details that occur with the interaction of both zodiac signs.

Compatibility is good for all Virgo-Taurus combinations , but it could be especially good with Taurus born between April 20 and 29 and Virgos born between August 24 and September 2.