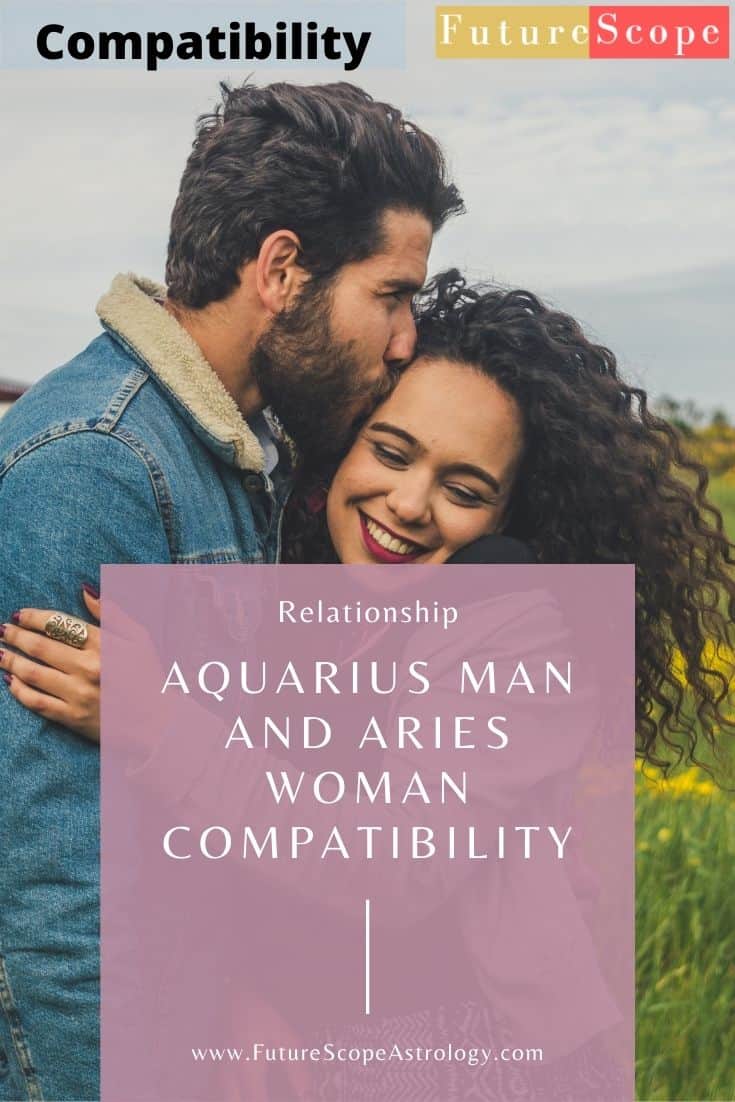 Aries and Aquarius have a lot in common and a very high degree of compatibility. Both signs are independent, caring, optimistic and enthusiastic. They like strong emotions, the courage and progressive nature of Aquarians tend to attract Aries a lot.

The compatibility between the men and women of this sign is something that cannot be denied. This is because these signs complement each other, having everything going for them. If the Aquarian man and Aries lady can use the things they have in common to bring out the best in each other, there is a real chance for a lasting relationship.

In intimate relationship , the relationships between Aries and Aquarius are usually satisfactory for both. The predisposition of the Aries to try new things and the ability to invent new experiences and games of the Aquarius, complement each other very well so the sexual compatibility of these two signs is high.

Because both signs are excited by the mind, words and role play have a tendency to dominate your time between the sheets. They do not tolerate boredom, being completely natural that things in the bedroom stay warm. The Aquarius man is prone to fantasy, and the Aries woman is confident enough to act out them.

In friendship between these two, there are no moments of boredom between Aquarius and Aries. This is because they enjoy learning from each other, and they are both adventurous enough to handle their high energy. When the Aries woman needs life advice, the Aquarian man takes the time to listen and offer solutions from her analytical point of view.

At work, Aquarius and Aries are collaborators in everything that has to do with the implementation of future plans. Aquarians are true visionaries, and their leadership will bring ideas to life. If Aries can control their dominant energy, the two of you will form a great relationship over time.

A possible barrier to a relationship between Aries and Aquarius is the self-centeredness of many Aries, who often put their own interests before those of others, which contrasts with the tendency for Aquarians to worry about others before their own. own happiness and romantic relationship.

Aquarians work very well in groups and in teamwork; while Aries prefer to relate on an individual level. However, this difference does not have to create too many problems, because Aries are usually sociable and open to new situations.

Despite their sexual chemistry, their egos can be a bad experience for them. This is because Aquarians value intellectual conversations, but shy away from compromise. Aquarians are characterized by having a certain threshold for those who dare to challenge their thoughts and ideals, and this is where the problems arise.

For her part, the Aries woman always has the desire to be the best in everything. She is also argumentative and has no problem speaking her mind.

When times of stress come, it never helps that Aquarians are as temperamental as stubborn Aries women. Aquarius man is very quick at building sentimental walls, and can be extremely distant. Unfortunately this behavior becomes a problem for the Aries woman, who needs to see the emotion of her partner to feel safe.

It is for this reason that due to her confrontational nature the Aries woman will want answers. Those of their sign like to be the boss, and they firmly believe that the Aquarian man needs to explain herself. But the more she demands to know what the Aquarius man is feeling or thinking, the more she can retreat to a cold and distant attitude.

For this couple to last, it is important for Aries to remember that Aquarius’ detached nature does not mean that he is a person who does not have a heart. The Aries woman needs to understand that the Aquarian’s distance is not to keep her away, but rather a defense method to avoid conflict. Aquarius man is a true believer in peace, unfortunately Aries is ruled by Mars, the planet of war.

But at the end of the day, the fire still needs air to burn. And when the air is heated by fire it rises as far as the horizon can see. When Aquarius and Aries learn to enjoy their similarities and respect their differences, they can definitely develop a very safe relationship.