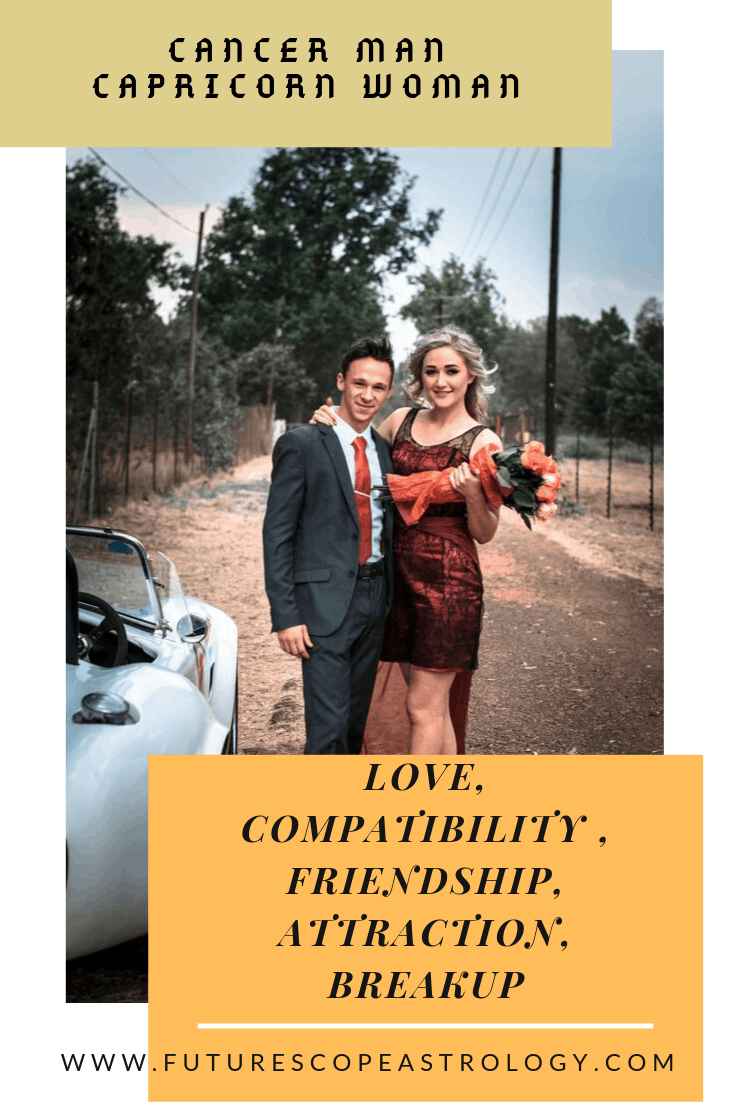 While Cancerians are loving and expressive, Capricorn struggles to express its feelings.

Opposites attract, it is a universal law. Although it is true that there are certain incompatible oppositions, it is no less true that many of them provide the ideal complement to individual deficiencies.

In the case of relations between Capricorn and Cancer, there is this reciprocal relationship, which is why, despite being opposed in many respects, they can function as an excellent duo that fosters the personal growth of the parties involved.

The key to success, however, lies in observation, introspection, and healthy communication between the Cancer man and the Capricorn woman. If these conditions are met, your relationship should take a successful course.

In the affairs of romance, the complement between the Cancer man and the Capricorn woman is exquisite. In public the reserve is large since none of the signs is prone to public displays of affection, but in intimacy both from the point of view of coexistence and mutual understanding, a very intense and significant relationship can be given.

An important point to further promote this potential is to progress in communication and common life plans, since as long as there is an agreement on these points, differences in character will be less counterproductive.

Sexually and emotionally it is a quite complicated combination, since the Cancer, sensitive and emotional, need more than the contained affection that Capricorn offers them.

It is not that they do not want to offer more; they probably don’t know how to do it. For the relationship to progress, it is important that Cancer teaches you and that Capricorn is willing to learn. Relationships between young Cancer and older Capricorn are quite common.

Being very honest, despite the great differences between the personalities of the Cancer man and the Capricorn woman, they could coexist without any problem. The conflict usually arises only when Cancer is excessively closed to Capricorn or when the latter intends to impose rules on her spouse.

Although Cancer is not a sign of wind, lover of your freedom, the truth is that you can also enter a great discontent if you feel oppressed for no reason, especially if it comes from someone who professes a deep affection, whether it is of a friendship or a loving relationship.

If Cancer opens up enough to Capricorn and he, for his part, allows Cancer to decide on the activities to be carried out, the relationship can move forward in the right direction.

In this way, both will be able to go to activities that are satisfactory for both of them, a kind of midpoint through which Capricorn learns to value the simplest and most common things and Cancer becomes a little more interested in the arts at a level of greater complexity.

Following the idea of ​​work environment, the recognition of the qualities of others has an extremely positive aspect.

On the one hand, the Cancer man can raise awareness among employees of the importance of not neglecting their family (Core Value for Cancer) while the Capricorn woman (and Capricorns in general) can keep the spirit of effort alive among workers. and practicality.

It is, therefore, an extremely sensible pair of work that is favorable both for personal and corporate purposes.

Cancer is ruled by the Moon and Capricorn is ruled by Saturn. This has serious implications for how the two signs relate to each other.

It is also related to what was said previously: Capricorn is a practical spirit, he is interested in the realization of concrete goals, mainly related to financial benefits and monetary activities, which require extreme mental agility, ability, foresight and boldness, in short, of a spirit made by and for practice. In contrast, Cancer men and women are more mystical and emotional.

The moon is the sign of calm but also of abrupt changes. Cancer man tries to satisfy his emotional needs (which are sometimes misplaced as irrational) and this in certain conditions can exasperate the utilitarian spirit of Capricorn.

Another strong point in which these spirits diverge is in relation to personal tastes. While Cancer is much more conformist, Capricorn always opts for those things that require a refined taste to be appreciated. Cancer is content to wear conventional clothing;

In fact, it does not bother much to innovate or be fashionable. For its part, Capricorn is seduced by the elegance of the classic, by the food in high-end restaurants and by the enjoyment of complex arts such as opera and chamber music.

Sometimes Cancer does not share this type of taste and it is there where serious problems can arise when doing activities together.

Cancer-Capricorn relationships can be very healthy, especially in the business world, where you can see how your goals together are getting closer. This applies to both a company and a home and even to a relationship that is taking its first steps.