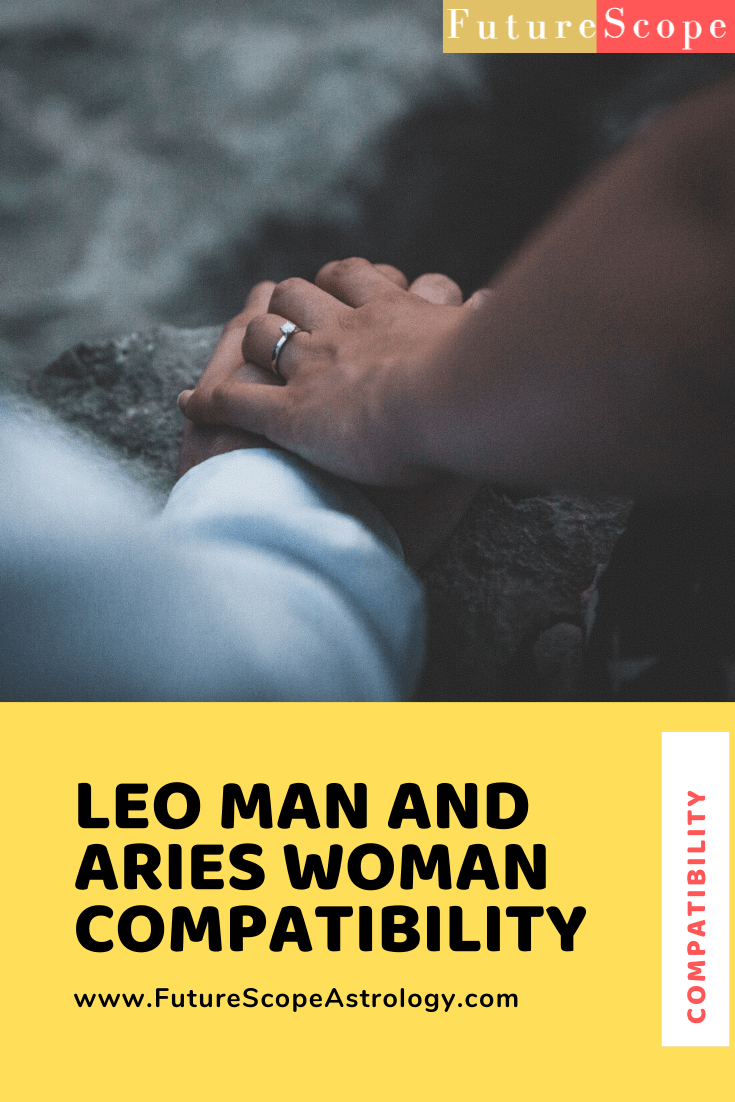 The immediate attraction between Aries and Leo is very strong and both Aries and Leo will grow in each other’s company and will want to get to know their partner better at all levels, physically, mentally, emotionally and even spiritually.

Therefore, the compatibility between Aries and Leo is very high.

Both are signs of fire, which can lead to some confrontations and a clash of egos . However, compatibility is high and Aries and Leo will share a great social life and a long-term relationship of commitment, if they manage to share the limelight.

If fire meets fire, the result is hotter, hotter flames. This is exactly what happens when Leo men and Aries women meet on any stage. The compatibility between both signs is wonderful because both are characterized by possessing a vitality and energy that infect.

In the relationship with the Aries woman, the Leo man should ensure that he has enough friends to satisfy his desire to be admired and respected, since the Aries will not be interested in indulging that desire.

Aries women are individualistic, they will be unwilling neither to bear the laziness of the lion nor to indulge the dependence on the admiration of others shown by Leo men.

From the point of view of intimate relations , it is an extremely compatible combination. Both signs will be wanting to impose themselves pleasing the other, so they will make sure to cover the deepest needs of their partner.

In intimate relationships, Arians take the initiative; Being honest and sincere is especially important to them when it comes to love. The brave attitude of the ariana, will be taken as a sign by the lion, will feel proud for being so desired. Both of you will feel good and satisfied with each other’s attitude.

The intimacy in this couple is passionate and ardent. The Aries woman, if involved in a long-term relationship, prefers that her intimate relationships have a more emotional side.

She will be honest and direct when she only wants to have an adventure of intimacy, something that will please the lion because it coincides with his vision of intimacy. Both Leo and Aries are essentially primitive signs, which is why if physical relationship does not exist in the relationship, it simply will not work.

Forging friendly relationships is easy for both signs, but the Leo man has a clear advantage in this area. He prefers friends who strengthen his excessive ego and who reinforce his opinions about himself. On the other hand, Arians simply seek to make friends with exciting and unique people.

Leo and Aries should coexist on the job without major difficulties, beyond the continuous competitive fight of both to gain status. Arians are determined to work hard to achieve all their goals, they don’t know laziness.

They stand out as leaders and have the virtue of climbing to the top on their own merits. Men of the Leo sign are also good workers, they do not shy away from hard work when necessary, but they also do not hesitate to take the easy path, using their charm and connections to climb to the goal they want to achieve.

They are natural leaders, but often their desire to become boss is based only on the status that position gives and the respect it inspires.

In the office, both signs should not have significant problems, they are likely to only compete with themselves, not against each other. The relationship between the Leo man and the Aries woman has ups and downs, which does not prevent them from becoming best friends, even acting as soul mates in many circumstances.

Both have similar values ​​and common objectives, although they have differences regarding the methods to achieve them. When their fires unite, the lion and the Aries combine in a relationship of pure adrenaline, exciting and full of adventure.

The real threat to this powerful couple comes when disagreements arise. They are both steadfast, will not back down, and engage in a fight of attrition for as long as it takes. The result of this war, can leave the Aries resentful and unwilling to forgive her partner in a long time.

Another problem that can arise in a relationship between the lion and the Ariana, is the jealousy produced by the tendency of both signs to be possessive.

The ram woman does not admit how possessive she is, but she does not like being possessive of her and immediately rebels when she feels that she is being controlled and watched. Jealousy can become a big problem for this couple, especially due to the negative behaviors that the Leo man will show more.

The fire of the Leo man and the Aries woman makes them aggressive, they are not beings who wait passively for the wind to change in their favor. They are strong and dominant signs and as a consequence, the blows that are carried are not infrequent; it’s hard for either of them to always get away with it.

They are both stubborn, so even handling less serious problems will require extra effort; And this effort can cause cracks in relationships, be they friendship or couples.

Arians do not love the drama of Leo men, they will have no contemplation in crushing the lion’s ego, especially if they are angry.

The innate competitiveness of Leo men makes them fight not to be dominated; in a relationship with Aries, they will feel bad realizing that their partner is usually more successful than they are.

The most compatible Leo for this combination are those born between August 13 and 23, because this period is governed by Aries and, in this way, both members of the couple will be reflected in the other.